A year ago today..

A year ago today, a terrible accident befell little Jago Worrall. An accident that would change his life, and the lives of his family forever. His battle for life in the seconds, minutes and hours after his accident have made a profound impression on all of us, and it is fitting that now, a year on, we pause for reflection on what has been such a seminal year for Jago, his family and those who have tried to support and assist in whatever way that they were able.

A year is such a tangible period of time: 12 months, 52 weeks, 365 days, 8760 hours, 525,000 minutes and over 31 million seconds. But the reality is that a year is more than a yardstick of time, it is a natural marker that tends to jog reflection in all of us, be it on birthdays, seasonal holidays or anniversaries. In reality, so much has happened in the past year that we are sure that for Jago, Lyn, Barney, Riley and Ferdie – these past months have felt as though they were played out in slow motion. For most of us, Olympics, Jubilees and a shocking economy marked our past 12 months. For Lyn and Barney, a daily struggle for life marked theirs.  From the depths of despair, uncertainty and isolation, they are now on the verge of Jago returning home to become a part of his indomitable family once more. He has battled for his life, as indeed have his parents and the extraordinary teams at The Children’s Trust in Tadworth.

That battle is slowly being won.

We don’t know what the future holds for Jago.  We cannot predict what will happen short, medium or long term.  We have to take each day as it comes.  Jago’s condition can seem so random at times, a few great days where progress seems inevitable, to days where he has so many difficulties we simply despair. The experts say that it is impossible to predict his outcome but we know that Jago is tenacious and if anyone can pull through, it’s him. We see glimmers of that whenever we are with him.

Last weekend saw Jago return home for the weekend in what is hoped will be the start of an acclimatisation process for him, his family and his newly appointed care team, that will see him move home on a full time basis from 22nd March.  54 weeks after his terrible accident, after bleak prognoses, a 1% chance of survival and times of little hope, Jago will once again become a part of his incredibly supportive family. Lyn and Barney have been in what seemed to be perpetual motion over the past 12 months, and we are sure have experienced the emotions of a lifetime each and every day. Their courage, tenacity, leadership and commitment to Jago and his care have been and remain an example to us all. Their faith in the process that they have pursued, in the staff that they entrusted Jago’s care, and most importantly in each other, has been an inspiration. Indeed, an inspiration that will not only see Jago return to a family life, but one that has spawned an incredibly successful charitable foundation to be founded and capitalised in Jago’s name. That has seen a phenomenally successful fundraising event delivered to start to provide funds not just for Jago, but also for other children and their families who suffer.

The Jago Worrall Foundation (JWF) will continue to grow and evolve, and as it does, we shall need your fantastic support and commitment to ensure that we build a foundation that will be able to support others.  Right now, the focus is getting Jago home.  Once life has settled down we will be planning the next phase of JWF and will update you on this soon.

In closing, Lyn and Barney are furiously making preparations at home for Jago’s return, and as such it would be an understatement to say that they are busy.  A team of nurses are being trained & prepared, adaptions are being made to the home, they are travelling up and down the motorway all whilst looking after 3 boys on a day to day basis.  The whole process is a mammoth undertaking and will be a huge adjustment phase for everybody involved.  As a result they’ve asked us to extend their thanks, sincere gratitude and love for all that so many have done to support them in their support of Jago. We think it fair to say that they have been, and are, constantly taken aback by the support, care and love that they have received from so many of you.

Wherever you are, whatever you are doing today, please take a moment to reflect on the journey of the incredible Worrall family.

Thank you for visiting the Jago Worrall Foundation

On 11 March, 2012 our lives changed forever. Our beautiful 17 month-old son Jago slipped away from the other children, all staying with us that weekend. He was missing for the briefest of time, but unfortunately decided to explore the duck pond at the bottom of the garden and fell in. He was found in quick time, but it seemed all too late.

A call to the emergency services brought first the police, then after twenty minutes, an ambulance.The paramedics fought for forty minutes with his lifeless body in our front hall, which was now full of uniformed and un-uniformed people, all fearing the worst, until one of the paramedics shouted “everybody be quiet! I have something…”. The next few moments were palpable, a collective holding of breath until the words “I HAVE A PULSE” rang out in the hallway.

I ran to my wife in the next room, already grieving our loss, such was the seemingly hopeless situation and I remember saying “it’s not over!”. Far from it, this was to be the beginning of a journey where the destination may never be decided.On that first night we were delivered the devastating news that he would probably not survive the night. We were told that if he did survive it could be with severe brain injury due to the lack of oxygen to his brain.

The following day he was still with us and we asked his consultant what his chances were of survival, he said that Jago had a 1% chance of survival.

In that first week, in our search for answers, we were given some targets for Jago to achieve i.e. breathing without aid, processing feeds, maintaining good o2 saturation and pulse which were given to us in terms of weeks. He achieved all of these in the first week.

3 months later, Jago is still fighting, he has been transferred to Tadworth Court in Surrey, UK’s leading paediatric brain rehabilitation centre. He can breathe on his own and he can swallow small bits of purée food. His eyes are open and he is tracking certain lights, he can hear our voices and moves his head towards sounds. In the Consultants own words ‘he has made remarkable improvements’.

Only time will tell what affect the oxygen starvation has had on his brain and how this will affect the rest of his life, but the fact that we still speak about Jago in the present tense is incredible, miraculous and testament to both the care that he has received and his own strength of spirit.

It has become clear that Jago will need ongoing therapies (Physiotherapy, Occupational Therapy, Speech and Language and Hydrotherapy) when he leaves Tadworth, all of which are extremely underfunded in the Community – and this is something we will need to subsidise with the support of friends and family contributions.

Various fundraising activities are being planned and information about these will be posted here and on Facebook and Twitter – If you would like to do something please post your idea or donate using the Donate button.

It is very early days for us and and we are focusing all of our energies into Jago’s rehabilitation as well as trying to sustain a stable family life for our other two boys. Eventually we would like to develop the Foundation into a resource that can provide parents with more support and access to relevant information. Being able to talk to somebody in a similar situation is vital to both comfort and manage expectations and in the absence of such a service we had to reach out to our American cousins to get any information at all.

Jago Before the Accident 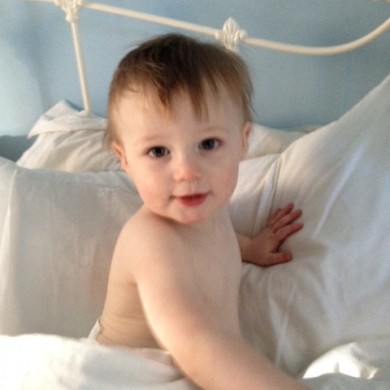 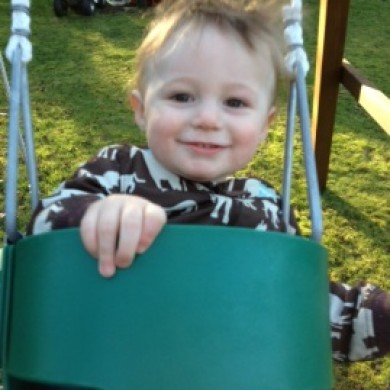 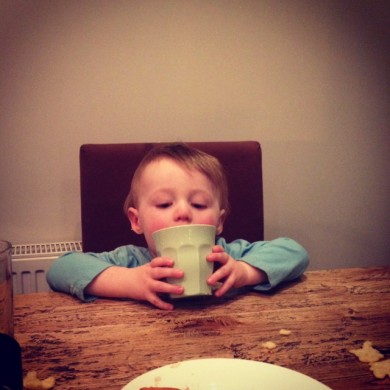